Eileen Kage was born in Tokyo, Japan and moved to Canada at the age of 9. As a mixed race and bi-cultural youth, she embraced the art of taiko, learning to express herself in a physical and artistic way through the art form. Since the 1980s, she has co-founded several groups including Uzume Taiko and Sawagi Taiko and started LOUD with Elaine Stef and Leslie Komori. She tours parts of Europe and North America, and continues to explore and create new works utilizing the taiko through collaborations with other musicians, movement artists, and poets. Her on-going projects include playing/composing with LOUD, JODAIKO, Uzume Taiko, and singing in the choir Leadfoot. 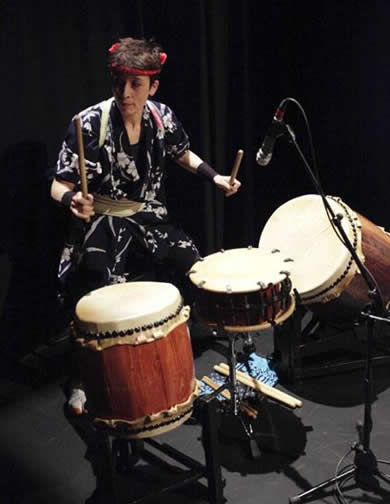